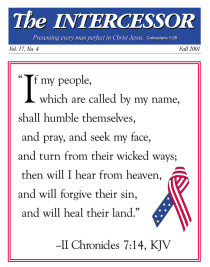 A Tremendous Revolution
by Norman Grubb

Jesus lays down His life on the cross, none taking it from Him except by His own choice, and God raises Him from the dead. The whole of Scripture interprets this for us as the judicial removal of the inevitable separation of the human race from God for eternity, which is the consequence of us being law-breakers (sinners), guilty, cursed, condemned. This was completed by Him Himself voluntarily taking the place of separation from God on the cross in our place, bearing our sins in His own body on the tree; His outpoured blood was the evidence of the completed sacrifice.

There would be no efficacy in the death of one man for another. That is why the root of our faith, John says, lies in the fact of the incarnation, God manifest in the flesh; so that this was God in human form, the source and upholder of the human race, being the propitiation for our sins in His death. The resurrection was the evidence that the atonement was so complete that all consciousness of sin and separation had disappeared for ever, and we who believe are justified (Rom. 4:25), legally pronounced as like the risen Christ Himself with no stain on our character. Forgiveness would not be enough, because though forgiven we remember what we did. Justification means we are as if the thing never happened.

Yet the blood of Christ shed for our sins would not be enough, if Christ crucified and risen was not the means of a total human revolution, the change of gods in the centre of our personality from occupation by the spirit of error to occupation by the Spirit of truth (1 John 4:6). To have the consequences of a permanent condition of being law-breakers, a life in hell, removed by the precious blood of Christ, would not be enough if we humans remained possessed and continually motivated by this spirit of error. Only if there is a change of inner indwelling God, and thus change of motivation, can there be this full deliverance. And this Paul revealed to us as having been revealed to him, particularly in his Romans and Galatians letters. When Christ died, this was the human race on that cross, for He was our representative. So in that identification He was in Gods sight made sin.

Sin is the character of the sin-spirit which produces the sins, and the human race has this spirit within it. Then in His death, it is said He died unto sin, for death separates body from spirit, and this separated all who believe from that false god. His burial (still representing all of us buried with Him) indicated that there was a dead body in the tomb with no spirit. The resurrection (still we risen with Him) was the entry and union of the Spirit of God with the dead body which represented the human race. And here was the change of gods, by the grace of God, completed for all of us who exercise our free capacity of choice in receiving, recognizing and affirming our union with Him.

Now our choice changes, when through repentance (change of mind) we are ready to discard our old faith in our self-life, recognize our wrongdoings, and transfer our choice of faith to salvation through Christ. What we take, takes us. We take Jesus, He takes us; and the consequence is Gods love shed abroad in our hearts. We begin, compulsively, not of duty but by a new dynamic, the tremendous revolution of a human being, the new birth, in which for the first time in our human history we begin to love somebody else more than ourselves. We start by loving Him who died for us. But when we love Him, we also begin to love people, for He is identified with people. But it is not our love. By no means so, because human love can only be self-love. It is Gods own love shed abroad in our hearts by His Spirit ( 5:5). We have begun to be, not to have the eternal love. We have come home, the prodigal to the Father. Only it is an inner spiritual home-coming of which the parable is an outer symbol. Our home-coming is a union of spirit with Spirit. We have become branches of the Vine, one entity, one person as Head and body make a person; and as a branch is the spontaneous expression of the tree-life, we are the tree in one of its local forms.

This is what the creation of man in the image of God meantthat we should be little Christs, Jesus in human form. This is why God was manifest in the flesh in Jesusthat the meaning of manhood might be completely seen in Him and then become possible through His atoning work.

from Once Caught, No Escape

END_OF_DOCUMENT_TOKEN_TO_BE_REPLACED

Words to Live by is a weekly devotional email of Scriptures and quotes that highlight and expound upon our Union with Christ. If you'd like to receive devotionals like the one below, please subscribe using this link. Wednesday January 18, 2023 Spontaneous Living "We can listen to the law, know ... END_OF_DOCUMENT_TOKEN_TO_BE_REPLACED