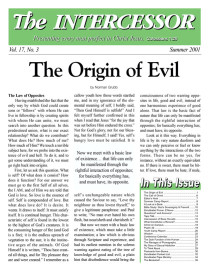 Summer Camp has come and gone again this year, and once again the youth program was a big hit. Each time I think we find more and more fun activities for the young people, plus the children keep learning more and more about God the Father, Jesus the Son, and the Living Holy Spirit.

Camp started on Friday night as usual with a time of singing and fellowship for everyone, and by Saturday morning we really hit the ground running, wasting no time. We divide the youth up into age groups appropriate to be together, and each group has two counselors that teach Bible lessons throughout the week. This is the heart and soul of camp and the focus of everything we do. Each group has a central theme or book of the Bible that they study for the week, and the teachers do a excellent job working with the age group they are teaching.

The youngest group worked this year on stories from the Old Testament. Some of them included Joshua at Jericho and Daniel in the lions den. This group always loves to make crafts and costumes that go along with what they are learning, and its a great way to help them learn and make it fun. I particularly enjoyed the lion costumes they made out of simple brown paper grocery bags. The lions came complete with tails, and the outfits looked great. The youngest ones also marched around camp like the Israelites did around Jericho to help learn the story of the conquering of the Promised Land. They blew kazoos like they were trumpets, and they had a great time learning their Bible stories.

The next group up worked all week on a puppet show for the rest of the youth at camp. This group studied the New Testament story of the lame man who was lowered through the roof by his friends in order to be seen by Jesus. On the last day of camp, they told the story to the rest of us in the form of a puppet show, and they did a super job. All week these young people spent time making their puppets from scratch, plus they had their own specially designed stage for the show. They spent lots of time practicing and working on their production, and it really paid off in the end. The show was wonderful and they all were proud of the job they did.

The next group up spent their week studying lessons from the book of John in the New Testament. Wow! They covered lots of ground and learned so much about Jesus, the Son of God. This group really takes studying their Bibles very seriously, and this is the right time for them to start developing the desire to read Gods word. These nine to twelve year-olds showed that they could read their own Bibles to study about God and Jesus rather than be taught more simple lessons from a Bible storybook. This age group really set the stage for more serious study and understanding of Gods word as they grow older, and I can promise that they will be ready!

The oldest group studied the book of Esther, and appropriately, this group was all girls this year. Esther tells about a young beautiful Jewish girl who becomes queen of Persia in a most unlikely way. Of course, nothing is unlikely in Gods kingdom. Gods hand steers events so that Esther can be in position to appeal to the king to save the Jews after an evil royal counselor orders that all the Jews in the kingdom be killed. Esthers story is one of great courage as well as wit and diplomacy. I had the pleasure of working with the young women in this group to teach them about Esther. I really enjoyed showing these ladies that God uses women and men alike to get the job done, and each and every day, our obedience to His will always makes an impact on the world around us.

Truly, the Bible lessons are the focal point of our camp, but we have lots and lots of activities each year, and this year we seemed to pack more in than ever before. Several years ago, we began incorporating a community service work project into camp. This year, we decided to go back to a place back in the woods of the mountains here called the Genesis Project. This organization is practically one local womans crusade to save wild animals that have been injured or become too sick to survive in their natural habitat. Numerous types of birds, raccoons, groundhogs and rabbits are just a few of the animals that she takes in and cares for until they are ready to be released back into the woods. Our youth camp spent time helping Genesis clear areas for new cages so that Genesis can increase the number of animals it can house. Plus, all of the children really enjoyed seeing the animals up-close. In fact, while we were there working, the local sheriff brought in a baby deer that was injured by the road side. The young people really appreciated being able to make a difference by having a part in helping Gods creatures in the animal kingdom.

On Sunday afternoon, we all went to a concert of a most unusual kind. This was a one-man show performed by a guy who makes musical instruments out of junk he finds in garage sales, dumpsters, and trash cans. Pots, pans, bottles, cans, washboards, and saw blades were just a few of the items he used to perform percussion pieces that were high in energy and entertainment. The show was done in an audience friendly format that included participation from the crowd. At the end of the show, everyone was invited to take up different instruments that he brought along as extras. Our girls and guys from camp became performers as the whole audience played along.

Everyone at camp looked forward to Monday as they do every year. This is the day we take the older youth inner tubing down the new river while the younger youth go to a local amusement park called Tweetsie Railroad. We kept the outdoor theme through Monday evening as we went on an old-fashioned hayride. The mountains are a beautiful backdrop to spend time together worshiping God and His great creation. We traveled the back roads of the area singing praise songs to God as we enjoyed the beauty of the mountains.

Tuesday night was another enjoyable night as we traveled an hour away to see a Hickory Crawdads baseball game. The Crawdads are the single A affiliate of the Pittsburgh Pirates, and the stadium sits in the foothills of the mountains. It is a beautiful place to watch a ballgame. God provided us a special treat by taking negative circumstances and turning them into a blessing for us. It had rained most of the afternoon at the ballpark, so our picnic was going to be cancelled. However, the Crawdads set us up in an indoor skybox where we could watch the ballgame and watch all of the youth in a more controlled environment. The skybox came complete with all of the hamburgers and hotdogs we could eat, and we even had our own private restroom. Right in front of our box was a set of private box seats outside so we could enjoy the convenience of an indoor box as well as the enjoyment of outdoor seats at the ballpark.

On Wednesday we went on a nature hike right under Grandfather Mountain off of the Blue Ridge Parkway. God has blessed me with the privilege of traveling over three continents, but I believe one of the most beautiful and stunning places on earth is the mountains at Grandfather. The hike up the trail is well maintained by the U.S. Park Service, so most of the age groups at camp were able to take this hike. Along the way, there are several places to stop and soak in the view, and it is awesome. Whenever I take this hike, I always stop and wonder how anyone could believe that there is no God who made the earth. We were all reminded that Gods majesty is really His fingerprint on the world around us. Finally at the top of the hike, everyone enjoyed a special treat as wild blueberries grow everywhere, and we enjoyed truly enjoyed the fruits of the Creators work.

On Thursday, we again put on a carnival for all of camp including adults and youth alike. We came up with this idea last year, and everyone enjoyed it so much that we did it again this year. Everyone really enjoyed games such as the water gun race, the Grand Prize Game, the apple bob, and the cakewalk. The most popular attraction though still is the air walk. Many of the younger youths, however, made out like bandits this year playing in the sand. We took a sandbox and added pennies, nickels, dimes, quarters, and golden dollars, then we let the children gather as much of the money as they could find. Some of our more aggressive youngsters left with over ten dollars in coins. The climax to the carnival came with a new addition this year.the dunking booth. Several of the youth counselors were chosen as volunteers, but it was all in good, wet fun.

Every year I say, This was the best camp ever, and I am glad to say it again after this year. I love my job as youth camp director, and I am grateful that God has put me here to help lead the children in His way. Our camp is a fantastic mix of serious Bible study along with old-fashioned fun. The children never seem to get bored, and the counselors always come away with a great sense of accomplishment. I take my responsibility of teaching and training these young people in the ways of God our Father seriously, and summer camp is our special time each year to make it happen all at once. I am already looking forward to next summer, and I hope to see you there.

Scott Prewitt is the youth director of Zerubbabel Ministries. He lives in Blowing Rock, North Carolina and is an owner/ manager of Back Yard Burgers in Boone, Lenoir and Hickory.

More Articles from The Intercessor, Vol 17 No 3

END_OF_DOCUMENT_TOKEN_TO_BE_REPLACED

Words to Live by is a weekly devotional email of Scriptures and quotes that highlight and expound upon our Union with Christ. If you'd like to receive devotionals like the one below, please subscribe using this link. February 12, 2020 "The illustration that settled me into seeing my proper place ... END_OF_DOCUMENT_TOKEN_TO_BE_REPLACED