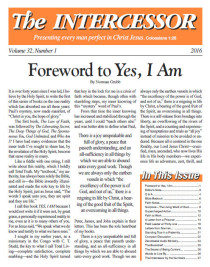 Standing True in a Fraternity
by Scott Prewitt

We are reprinting this article written by Scott Prewitt during his college days. His understanding and application of the Total Truth at this young age was invaluable to him through the difficult years of student of life.

I am a junior in college, and currently I serve as president of my fraternity. In my job I work closely with our advisor–an alumnus, whose job is to give advice and see that we comply with the rules of our chapter–and with our treasurer, the financial manager of the fraternity.

Recently, the three of us were discussing a few of the rules that we were going to have to enforce, and I interpreted these rules differently than they did. I believed strongly in my point of view and in the discussion raised my voice in hopes of making my point of view clear and well know.

However, the advisor and the treasurer told me that they were extremely offended that I would raise my voice to them. They said it was rude to raise my voices like that and that it was totally unnecessary among friends.

Knowing, though, that it is Christ living out His Life as me, I had to trust that it was Christ raising His voice in order to make His point clear.

I tried to explain to them in very simple terms that I am who I am and asked them to trust and accept me. Unfortunately, they do not understand this and cannot accept it. I know one of them is a Christian and the other isn’t.

It is easy to see how the non-Christian is offended. The non-Christian is indwelt by Satan, and of course, Satan does not want to hear Christ’s point of view. Satan will focus on something else, like a raised voice, in order to get away from what Christ has to say.

The root of the Christian’s problem is not in him getting upset at me. The problem is that he doesn’t see himself as Christ; and when you don’t see yourself as Christ, there is no way you can see others clearly.

Some verses in the Bible pretty well sum up how I feel and what is happening:

“Don’t think something strange is happening to you when you’re going through a trial, but be glad because you’re sharing Christ’s suffering. That way you’ll also be glad sharing His glory.

“Be glad for misunderstanding of who you are as Christ, for God’s Spirit and glory are your refreshment. Others are calling Christ evil, but you are manifesting His glory. If you suffer as a Christian, don’t be ashamed. Rather, praise God for this share.” (1 Peter 4:12-14, 16)

So I will gladly continue to have faith and trust that it is Christ living out His Life through me here at school and in my fraternity.

END_OF_DOCUMENT_TOKEN_TO_BE_REPLACED

Words to Live by is a weekly devotional email of Scriptures and quotes that highlight and expound upon our Union with Christ. If you'd like to receive devotionals like the one below, please subscribe using this link. Wednesday January 18, 2023 Spontaneous Living "We can listen to the law, know ... END_OF_DOCUMENT_TOKEN_TO_BE_REPLACED