You are here: Home / E-Books / No Independent Self / The Secret and Essential Value of the Law of God through Moses
Share this... 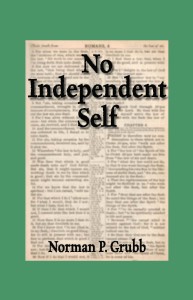 From this follows God’s gracious dealings with fallen humanity through the law given by Moses (John 1:17). Paul has been the great expositor of its necessary purpose. Actually the law, as outer manifestor of God’s true nature, is inherent in every person. The law exposes eternal truth as well as our inability to perform it in our false union with Satan. Romans 1:18- 21 makes that plain and traces our total declension from it in the rest of the chapter. But here and there is a response in an honest heart, as in Romans 2:18-21 and the instance of Joseph in Genesis 39:9. And all nations have had their laws of right and wrong. But in the blindness of our deceived selves, we have not recognized our self-for-self nature as Satan’s nature in us and thus sin against God and its eternal consequences. This is the “ignorance” of Acts 17:23, Ephesians 4:18, and even of Paul in 1 Timothy 1:13. Thus, only breaking the outer pronouncement of God’s law is known to be sin (Rom. 5:13).

So when God began His eternal purpose of restoring the human family to its true being, He first gave His great call to Abraham to be the human father of the family of faith who would believe in the Living God, the “possessor of heaven on earth. There had always been the thin line, like a nylon thread of believers and knowers, in this Satan-captured world, from Abel, Seth, Enoch, Noah and Shem, to Abraham. But it was just a thread. Now it was to become a great nation of believers in the true God in that idol-infested world. In the “fullness of time” He would Himself come in the flesh to be our marvelous Savior.

In due course the first little family became a great population in Egypt and then became a nation through Moses in its own promised land. It was Moses who gave them and us, in plain words inscribed in stone, the true characteristics of God’s holy nature (which in our later days we are to know as law all fulfilled in love). Yet in His fullness of mercy, He combined the law and its judgements (we inevitably breaking the law because it was given to us to expose the inevitability of our breaking it as slaves to the sin-deity) with the constant means of restoration and access to Him by blood sacrifices and various fellowship offerings of the tabernacle and temple. By these means, indeed, there were always those (many more than we might think— 1 Kings 19:18) who had a living relationship with God. For the Lamb had been slain from the foundation of the world, and there was a spiritual Christ before the historic Christ (Heb. 11:26; 1 Cor. 10:3, 4; John 8:56-58).

So in the blindness of our fallen hearts, the law was God’s merciful means of revealing sin as sin. Then, in that fullness of time, the true Lamb of God came to make the one complete and sufficient sacrifice for the sins of the world. By His death and resurrection there is justification from the condemnation and eternal consequence of our sins condition. This is for all who move in by inner faith reception and outer word confession of Him in His finished work of atonement. Beyond that the Spirit gives inner witness of the replacement of the Spirit of Truth for that false spirit of error. This is the radical revelation to those who cannot stop short of our total inheritance.

END_OF_DOCUMENT_TOKEN_TO_BE_REPLACED

Words to Live by is a weekly devotional email of Scriptures and quotes that highlight and expound upon our Union with Christ. If you'd like to receive devotionals like the one below, please subscribe using this link. Wednesday May 5, 2021 When I am weak "We ask a useless question and mistake ... END_OF_DOCUMENT_TOKEN_TO_BE_REPLACED