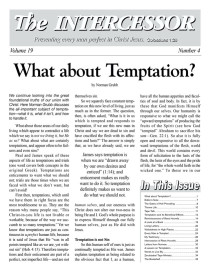 There is a spiritual battle raging in our culture today in our classrooms, civic institutions, and media, and at the center of it is a belief system known as naturalism. According to naturalism (sometimes called materialism or physicalism), all questions of natural history and human behaviorincluding such difficult questions as the origin of the universe, the origin of man, and mans ultimate purposehave natural and scientific explanations based strictly on matter, law, and chance that exclude anything supernatural, spiritual, or even intelligent. The history of life is essentially a chemical one of the chance formation of DNA-based genes which seek to survive by adaptive means according to the laws of natural selection.

These beliefs are not widely held among the general population, in the United States anyway, they are widely held among our top academics at our top universities. And even if this philosophy becomes diluted as it percolates through academia and our culture at large, it is still a terribly potent force. The top levels of academia guide national discussions, set the course for education at all levels, and train our intellectual, social, political, and business leaders. In this way, the beliefs of a few influence many and set our culture on a dangerous, godless course.

Author Phillip Johnson argues that understanding the effects of naturalism today requires an understanding of its intellectual roots which he argues originated with the work of four nineteenth-century intellectuals: German philosopher Friedrich Nietzsche, English biologist Charles Darwin, Austrian neurologist Sigmund Freud, and German economist and socialist Karl Marx. Nietzsche declared that God and accompanying notions of right and wrong are nothing but ideas man has made up and that man should therefore discard these myths. Charles Darwins theory of evolution provided the scientific foundation that atheists have used to explain the origin of mankind without the involvement of God. Sigmund Freud described human behavior in terms of psychological and innately chemical drives rather than functions of mans free choice. Finally, Karl Marx describes human history in terms of mans struggle for power and wealth rather than in terms of the conflict between good and evil, right and wrong and the story of mans fall and redemption.

The collective effect of these arguments as they have been shaped over time can be considered roughly as follows: God is no more than an idea created by man. Man is merely a highly evolved animal that lives by natural instinct. Finally, the history of mankind and even the universe can be explained without God.

Sadly, the practice of much science today, including the social sciences, rests on these arguments. Science is no longer a place for free inquiry in the pursuit of whatever truths may exist. Instead, science has adopted a stiff framework in which theories must either fit into the atheistic grandscheme of naturalism or discarded. Physicist Steven Weinberg says it like this: The only way that any sort of science can proceed is to assume that there is no divine intervention and to see how far one can get with that assumption. Scientists operating with the naturalist framework are stretching and bending the body of science into a mould that is flawed from the start. As scripture plainly states, The fear of the Lord is the beginning of knowledge: but fools despise wisdom and instruction (Proverbs 1:7).

In the first chapter of Romans, Paul describes the consequences of basing knowledge or wisdom on any foundation other than God Himself: His invisible attributes are clearly seen, being understood by the things that are made, even His eternal power and Godhead, so that they are without excuse, because, although they knew God, they did not glorify Him as God, nor were thankful, but became futile in their thoughts, and their foolish hearts were darkened.

Naturalism is just another way man has devised to deny God as who He iscreator, judge, and redeemer. Naturalism is not simply a rival belief system of strange theories, most of which we will never hear about. Naturalism threatens the most basic foundations of right and wrong. In denying God, it dissolves any true standard for judging mans behavior. If God is just a myth, then man is ultimately accountable to nothing. The state of man becomes as described in Deuteronomy 12:8 with every man doing whatever is right in his own eyes. The cultural landscape of today, from the celebrated depravity of Hollywood and popular music to the astounding rates of violent crime, broken homes, and broken marriages is so tragically familiar that we are desensitized to it.

Naturalism has also provided the beachhead for satanic forces to besiege the Christian roots of our nation, making Christianity a legitimate target for prejudice, discrimination, and injustice that is nothing less than persecution. Without a final judge of right and wrong, moral relativism is inevitable. And in the climate of moral relativism, it seems the only thing intolerable is true Christianity which rightly claims an exclusive hold on ultimate truth. A new book by David Limbaugh entitled Persecution: How Liberals are Waging War Against Christianity paints a chilling picture, with one example after another of just how far the anti- Christian movement in the US has gone to promote non-Christian values in the media and in the public sector and to purge Christianity from our public schools, government, and other components of civil society.

In this environment, it is important for Christians to know the battlefield. Christ himself said, Behold, I send you forth as sheep in the midst of wolves: be ye therefore wise as serpents, and harmless as doves (Matt. 10:16). We should also keep in mind that rational, reasoned arguments do not supplant a personal testimony that shines forth Gods truth and love that transcends all arguments. Our personal testimony is our strongest weapon and we must keep it sharp. Without it there is no hope, For we wrestle not against flesh and blood, but against principalities, against powers, against the rulers of the darkness of this world, against spiritual wickedness in high places (Eph 6:12).

END_OF_DOCUMENT_TOKEN_TO_BE_REPLACED

Words to Live by is a weekly devotional email of Scriptures and quotes that highlight and expound upon our Union with Christ. If you'd like to receive devotionals like the one below, please subscribe using this link. Wednesday September 23, 2020 We are all slaves "First, we are all slaves, ... END_OF_DOCUMENT_TOKEN_TO_BE_REPLACED