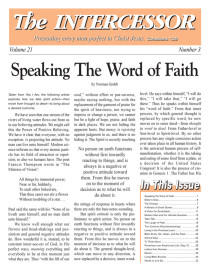 Prov 9:10 in NKJ
"The fear of the Lord is the beginning of wisdom, And the knowledge of the Holy One is understanding.

I live in a college town, and as summer turns to fall and the new freshman class rolls in, I think back on that time in my life with all of its excitement, nervousness, and expectation. Unfortunately, I also have painful memories of sin I chose that was destructive to me and those around me. In His grace however, God rescued me and taught me some vital spiritual lessons that I am always eager to share.

Throughout high school I did well academically and performed well on tests. I thought this was a big deal. I thought I was really intelligent. Worst of all, I was proud that I was smarter than other people. From a spiritual perspective, I am ashamed of this. On a human level, I am embarrassed about it as well. For my little place in life I did do well at school, but I wasn’t even smart enough to recognize that in the big picture, I was nothing remarkable. I played the game of school pretty well and that’s about it. This is a poor indicator of intelligence, much less of future success in life. Pride is just stupid, and it made a fool of me. Worse than being a fool though, I was arrogant and mean to other people. I thought I was smart, and I thought this made me better than other people. To my shame, I liked that. I was condescending. I was often vicious to peers and had little respect for authority. I think in part I wanted to see myself as better than others by my intellect because I believed I was inferior in other ways. My family wasn’t as well off as my friends and their families. I was gangly and physically weak. I don’t say this as an excuse. If we’re ever tempted to see ourselves as inferior, there is such glory in dispelling this lie with the truth that we are perfect vessels. When you reject this truth though, then you’re seeing yourself as an important person not a vessel. You are "somebody" to be judged against other "somebodies" and to either come out on the high side or the low side. That’s the nature of independent believing. Satan is the author of this lie and he takes the reigns when we bite into it. Only the truththat we are all perfectly created vesselsdestroys the satanic lie that there is even such a thing as superior or inferior.

I didn’t care about any of this spiritual truth when I was a senior in high school thinking about college. My one goal was to go to the top school I could go to. I didn’t even care about what school would be a good fit for me, my circumstances, my personality, and least of all the Christianity I claimed. The truth was, I would say I was a Christian, but my life didn’t show it. I cared more about my phony adolescent intellectualism than my faith. For a time I worked on getting into a bizarre, 30-student college/ ranch in the California desert because it had the highest average SAT scores in the countryhow smart is that? Never mind the school was radically "free-thinking" and promoted all manner of experimentation. I did eventually get over that idea, but it shows the extent of my sin-screwed-up thinking.

I ended up going to Duke University in Durham, NC. There, I was a tiny, tiny fish in a big sea. Academically, I was average at best and in any other worldly measure, I was low on the proverbial totem pole. So many of the students there were extremely intelligent, extremely talented, extremely wealthy, extremely attractive, or extremely cultured, and often they were all of the above. I didn’t even register on the scale for any of these. For an arrogant jerk, this was a hard pill to swallow. Looking back, I think I could have found a place there. I could have accepted my place in life, who I was, and established a group of friends and been happy. Pride and jealousy are never happy though.

Throughout my second year at Duke I was generally depressed. The few friendships I thought I had established my freshman year just didn’t carry over to my second year. The truth was I couldn’t be friends with the BP (beautiful people as some referred to them), and the kind of people I might have been friends with, I wasn’t satisfied with anyway. It was a pretty miserable spot to be in, and I deserved every minute of it. Though I would never have admitted it at the time, I was just a jealous wannabe. There are few kinds of people more detestable than that.

At the very start of my third year, God orchestrated several circumstances and events that left me beyond depressed and miserableI was despondent. The details aren’t really relevant or very interesting, but I believe God was making me ripe for a rescue. The rescue came largely in the form of a phone call from a trusted friend and mentor back home (whom I wished I had allowed to be much more the mentor long before). In a late night phone call days before classes were to start, my friend asked me a simple question that I had never considered: "Why don’t you consider leaving there?" He knew the despair I was experiencing in the midst of some tough circumstances, but even more I think he knew the despair I was in generally. I was living from practically no godly truth but had instead bit into about just any lie Satan was throwing at me. Little did I know, I had effectively turned the reigns over to him, and he was seeing to it that I was indeed miserable.

When I considered leaving school, I was immediately filled with a mix of relief and great fear. I knew leaving meant not only leaving school but also a way of thinking and believing. Leaving school sounded like a relief, but leaving my way of believing was frightening. I had staked everything on the thought that being smart and going to a top school made me somebody. Even though it wasn’t working out, I felt like I would be nothing without it. In a way, I was getting what I wanted, but it was hell. That’s God’s justice. He gives us what we want but not without His promised consequences good consequences for obedience and bad ones for disobedience.

The evening I spoke with my friend back home, I stayed up through the night considering the options. At one point, I asked God to guide me with a verse when I flipped open my Bible. I think this sort of scripture roulette is immature at best; nonetheless, God had me open to [James 4:13-17]: Come now, you who say, Today or tomorrow we will go to such and such a city, spend a year there, buy and sell, and make a profit; whereas you do not know what will happen tomorrow. For what is your life? It is even a vapor that appears for a little time and then vanishes away. Instead you ought to say, If the Lord wills, we shall live and do this or that. But now you boast in your arrogance. All such boasting is evil. Therefore, to him who knows to do good and does not do it, to him it is sin.

Considering part of the tough spot I was in was an ailing business venture, it seemed to apply to me. I wasn’t straight or clear at the time, but God did get to me with the verse. It was enough to push me to the decision to actually leave. The next day I cancelled my enrollment and packed my things, and the day after that I went home. I didn’t come home the prodigal son, broken, repentant, and humbled, but I did make a difficult choice in a godward direction. I knew when I left, God might never have me go back to school. In leaving, I was opening the door as if to say, "God, I’m letting go of ‘my’ way and trusting You with the next step."

This was only one chapter of my testimony. There was still a lot for me to see and ultimately confess and repent ofand I didbut none of it was possible until I let go and trusted God with that first step. After returning home, I spent a year working. By God’s amazing grace I returned to school for a year in the Tar-Heel Blue Heaven of The University of North Carolina and finally graduated two years later from Appalachian State, my hometown university. Now I say with a sincere and hard-earned laugh that college took me six years and three schools. The road didn’t have to be so rockyit was a consequence of my own sin choices. Still, a path that would have looked second rate to me before, I now see as God’s perfect plan to lead me into His highest and best.

More Articles from The Intercessor, Vol 21 No 3

END_OF_DOCUMENT_TOKEN_TO_BE_REPLACED

Words to Live by is a weekly devotional email of Scriptures and quotes that highlight and expound upon our Union with Christ. If you'd like to receive devotionals like the one below, please subscribe using this link. February 12, 2020 "The illustration that settled me into seeing my proper place ... END_OF_DOCUMENT_TOKEN_TO_BE_REPLACED