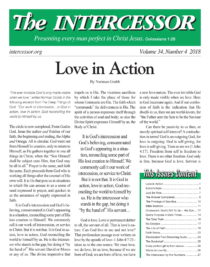 The Privilege of Sacrifice
by Elliot Coatney

“Unless a grain of wheat falls into the ground and dies, it remains alone; but if it dies, it produces much grain.”
–John 12:24

It was a training ground for the young men who would one day run arguably the greatest empire in history. It was home to the wealthy, the elite—a few thousand young men of class and stature destined to inherit family fortunes, titles of nobility, and the responsibility to manage this empire that included roughly one quarter of the world’s land and population. This was the Cambridge University of late Victorian England.

It was in 1885 of this period that six young Cambridge men—C.T. Studd, Stanley Smith, Montagu Beauchamp, brothers Arthur and Cecil Polhill-Turner, and William Cassels, along with D.E. Hoste of the elite Woolwich Military Academy—gathered together for their final departure to the mission fields of China.

Ages 19 to 24, these were already men of peculiar distinction: son of a baronet, internationally acclaimed cricket player, distinguished Varsity oarsman, and two highly-regarded officers of the Royal Artillery and Queen’s Bays. These were handsome, dashing men, winsome and charming, and, while along with their peers they were being groomed to inherit an empire, these young men set their eyes on The Kingdom.

The Cambridge Seven, as they became known at the time, left the comforts and privileges of England for a strange godless land fraught with ignorance, idolatry, violence, disease and all manner of hardships. In doing so, the Seven not only reached thousands in China with the Gospel; they fanned the flames of a revival in their own land that reached thousands and undoubtedly led many to lives of missionary service.

As with nearly all men of faith, the Cambridge Seven had great Christian influences in their lives. Each came from strong Christian homes, some of them fervently evangelical. And still much of England was tied to a “respectable” and dead faith bound by centuries of tradition. Yet this was the period in which American evangelist D.L. Moody was breaking through this dead faith as he swept across Great Britain with his powerful crusades. Speaking passionately of the wages of sin and the glory of redemption through a saving relationship with Jesus Christ, Moody was drawing thousands to hear him speak, and he had a great influence at England’s universities. Indeed, several of the Cambridge Seven came to a personal relationship with Christ through D.L. Moody crusades, and all were deeply affected and motivated by his work.

Ultimately, it was the influence of Hudson Taylor and the China Inland Mission that he pioneered that led each of the seven to China. Interestingly, Taylor’s influence on one of the seven began long before any of them were at Cambridge. Hudson Taylor was a guest at the Beauchamp home where he brought a pigtail and chopsticks back from China and made no small impression on little Montagu Beauchamp who was only five at the time.

It is not unlikely that each of the young men shared D.E. Hoste’s experience of being deeply influenced by Hudson Taylor’s booklet “China’s Spiritual Needs and Claims” that spoke of China’s hundreds of millions “utterly and hopelessly beyond the reach of the gospel.” Each of the Seven would eventually interview with Taylor before acceptance into the China Inland Mission.

Of special interest to readers of The Intercessor is surely C.T. Studd, the All-England Cricketer who would later found the Worldwide Evangelization Crusade. C.T. Studd became the father-in-law and, in many ways, the spiritual father of Norman Grubb, founder of Zerubbabel Ministries. In his book The Cambridge Seven, John Pollock writes of Studd: “The departure [of the Cambridge Seven to China] was not to be quiet and casual. For a spiritual conflict in the heart and mind of the most brilliant cricketer of the day was about to be resolved with incalculable results for Smith, his friends, and the world.”

Indeed, it was Studd who would become the figurehead of the Seven. Once he transferred his passions from cricket to Christ, he never looked back. As he was in later life, Studd at 22 was tireless, fearless, and uncompromising with God’s word. Though in Pollock’s estimation, Studd was perhaps the only genius among the seven, he was not eloquent. And yet it was Studd who would often touch off rapturous response from crowds of undergraduates with his plainspoken but heartfelt testimony. We can easily see the makings of the man who would go on to write “The DCD,” (pamphlet available through Zerubbabel Press).

The thrill of the story of The Cambridge Seven is that we see these young men as more than historical figures. We see them as they were—exciting young men with dynamic lives and great passions. These were not lofty intellectuals or eccentric religious types out of touch with the world; these were young men of privilege with the world at their feet. In the world’s eyes, the Seven had everything to lose in going to the mission fields, and yet the Cambridge Seven saw their true privilege in life exchanging their earthly stations for service to Christ.

While the story of The Cambridge Seven is a glimpse at a part of God’s master plan worked out through the lives of seven bold young Christians, their story begins, according to God’s economy, with a death—the death of Harold Schoefield, companion to Hudson Taylor and one of God’s grains of wheat who “fell to the ground” in intercession for China and in a hope that would find fulfillment in the seven who became The Cambridge Seven. Schofield knew that university-trained men of distinction were essential to taking the gospel to China. He would not live to see his intercession fulfilled in the flesh, but his premature death by typhus and the story of his sacrifice is the tool God used to bring it about.

More Articles from The Intercessor, Vol 34 No 4

END_OF_DOCUMENT_TOKEN_TO_BE_REPLACED

Words to Live by is a weekly devotional email of Scriptures and quotes that highlight and expound upon our Union with Christ. If you'd like to receive devotionals like the one below, please subscribe using this link. Wednesday January 18, 2023 Spontaneous Living "We can listen to the law, know ... END_OF_DOCUMENT_TOKEN_TO_BE_REPLACED